12 Unmistakable Signs Someone Has An Entitlement Complex

Do you know anyone who has entitlement complex? There’s a thin line between maintaining a positive self-image and becoming a narcissistic bully no one wants to be around with. We all want the best for ourselves, but how can we be sure we’re not going to extremes, walking on those who care about us in the process?

The signs of an entitlement complex don’t have to be as grandiose as owning expensive sports cars or dressing like an elegant movie star. They can be as subtle as disagreements over someone missing a text message or taking advantage of another’s resources. However, when an entitlement complex manifests, recognizing the signs is not always obvious. No matter what the signs are, the damage to relationships will remain the same.

Dealing with someone who believes they’re entitled to special treatment can be difficult, but once you recognize that it’s their belief, it’s easier to understand their vindictive actions. In taking a step back and analyzing these following steps, you can see how an entitlement complex causes someone to think, and how you can avoid the hardship and pain that goes with dealing with someone who has this trait. 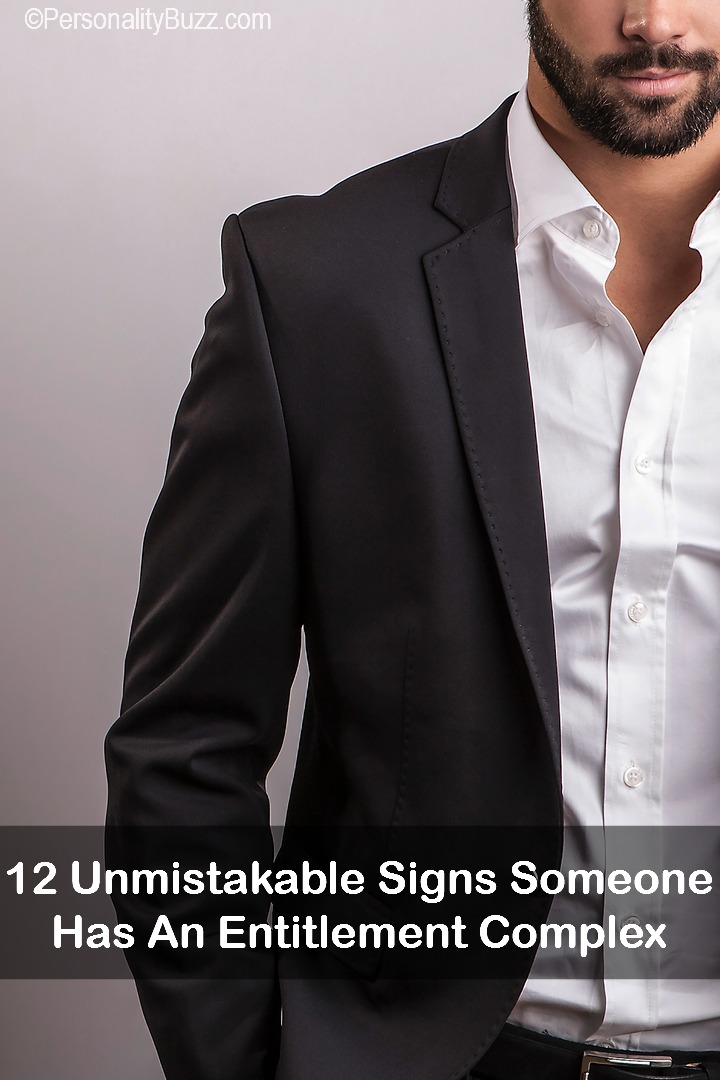 No matter what’s going on, everything has to be about them. Entitled people will turn any situation on its head to bring the center of attention back to them, even if they’re trying to be there for someone else.

It’s obvious that entitled people are out for all that they can get, and that includes taking everything they can get from a relationship rather than giving. If you’re always paying for meals with them or buying them things, while they have yet to return the favor in any way, then you’ve got an entitled person in tow.

A little competition never hurts anyone. However, those with entitlement complexes see everyone they meet as competition when there isn’t anything to fight for. They mistakenly believe that someone may be out to take away what they already have (and are entitled to).

4. They Impose Unrealistic Demands On Friends And Family

Just as they take what they can, entitled people like to place unrealistic demands on others. Whether its answering phone calls after the first ring or having a place to stay no matter what, they expect their friends and family to go to extreme lengths to keep them happy and satisfied, no matter the costs.

5. They Punish People When They Don’t Get What They Want

However, when those demands are not met, entitled people will make sure you know they’re angry at you by punishing you. It may be passive (the silent treatment) or aggressive (spreading rumors), but they’ll make sure you pay for not giving in to their unrealistic demands.

6. They Don’t Feel Sorry For Others…

Entitled people may have a low supply of empathy for others, citing several reasons for why they were unable to meet their goals or why they experienced tragedy. They’ll also have an unrealistic solution to end another person’s hardship, namely one that doesn’t involve them in any way.

7. But They Want Others To Feel Sorry For Them

However, when the tables turn, they want the world to pity them and offer its help. This double-standard is a classic sign of entitlement complex. When the world seems to turn against an entitled person, it will be all you can hear about, as they’ll make sure everyone knows.

8. Double Standards Are Par For The Course

Double standards are an entitled person’s best friend. In other words, it’s acceptable for them to engage in one sort of behavior, but taboo for another person to do the same, resulting in possible punishment (see #5). They believe that they are entitled to such behavior while others are not.

9. They Crave Attention And Admiration

If there is one place entitled people love to be, it’s the center of attention. Just as they will turn situations to focus on them (see #1), opportunities where they are the shining star let them puff out their feathers so all can see them in their true glory.

10. Stepping On Others Is Second Nature

Entitled people will do whatever it takes to get what they want. That is not limited to stepping on others. Don’t be surprised if they use you as a stepping stone to reach their own goals or desires without a thought, as stepping on others is second nature to them.

Recommended: 10 Signs You Have A Toxic Parent (And What You Can Do About It)

One thing that won’t do well for an entitled person is to appear weak. So they tend to dominate those around them in order to maintain their status as ‘Alpha’ to continue getting their way. However, this has become another part of life for them, and they enjoy dominating their lesser peers into submission, almost to the point of…

12. They’re Commonly Known As A Bully

Entitled people use tactics similar to those of common bullies, and many people may refer to them as such. It’s easy to see why. Anyone who treats friends and colleagues in these ways just to get their way is not a nice person, and having an entitlement complex does not excuse their bullying in any way.