Are You An Ambivert?

Introverts and extroverts are two very different types of people. The two personality traits often showcase extremely different characteristics that make them unique in their own way.

We all have our own preferences when it comes to certain things but there are several common signs that will tell you if you are an extrovert or an introvert. The question is, however, what if you happen to show signs of both personality traits?

Hold onto that thought. For now, we are going to focus on the most common traits of introverts and extroverts.

What makes the two personality traits so different?

Similarly, they need to spend time with people in order to get their charge. Partying at a club can be a nightmare for an introvert, and sitting at home reading a book is equally as dreadful for an extrovert.

The two personality traits are nearly complete opposites of each other due to different wiring in the human brain. Albert Einstein, Rosa Parks, and Ghandi were all incredible introverts who changed history forever. Of course, most authors and artists are introverts as well.

While introverts have been known to accomplish incredible things throughout history, extroverts have done some amazing things as well. For example, Muhammad Ali, Steve Jobs, and Margaret Thatcher were extroverts that will never be forgotten.

Although extroverts and introverts have many different personality traits, they do have one main thing in common. Their personalities were determined by the wiring in the ascending reticular activating system in the brain. Extroverts and introverts require a different amount of brain stimulation in order to make them happy. Since introverts already have a high level of brain stimulation going on, they do not have the same need for socializing and partying. On the other hand, extroverts need to be active in the outside world in order to obtain the necessary level of stimulation that their brains require.

Most people in the world are extroverts, and the minority of the earth’s population tend to be introverts. However, there is actually another personality trait known as an ambivert. While most people tend to characterize themselves as an introvert or an extrovert, a large percentage of people are actually ambiverts.

So, What Exactly is an Ambivert? 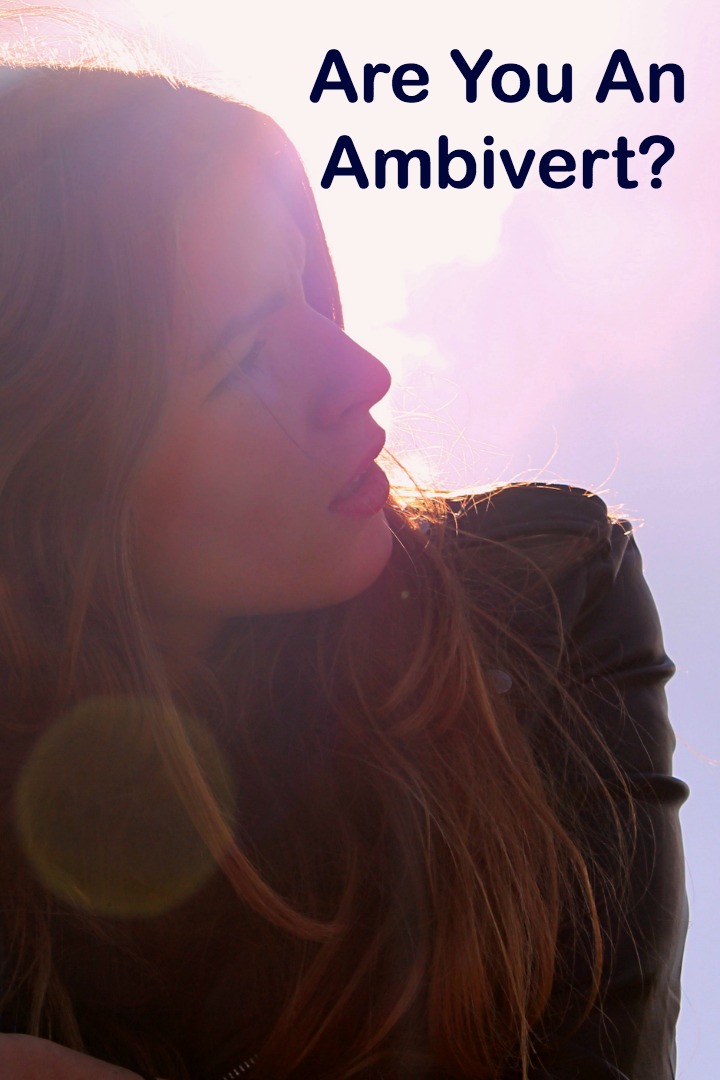 An ambivert is actually a hybrid of an extrovert and an introvert. One way to determine if someone is an ambivert is to notice if an individual displays traits of both introverts and extroverts.

Ambiverts tend to love meeting new people, but they also love to associate with friends that they already know. An introvert usually likes to hang around the same extremely close friends, and an extrovert doesn’t care who they are mingling with. The ambivert falls in the gray area of the social equation.

There are other ways to determine if you are an ambivert as well. For example, ambiverts can be chameleons when speaking to people.

If someone is in need of a listener, an ambivert can be the perfect person to pour your heart out to. On the other hand, if a social get together is awkward and quiet, and ambivert can also provide the entertainment. This is not a negative trait, but it’s definitely a sign of someone that is a hybrid of an extrovert and an introvert.

Like extroverts, ambiverts tend to enjoy a lot of attention from others. However, an ambivert would rather get the attention from someone that is important to them. Extroverts want to be praised by everyone, and introverts really don’t need any praise at all. However, ambiverts know the importance of balance in life. Social get-togethers and quiet time alone are equally as valuable in the eyes of an ambivert.

After learning some of the most common characteristics of extroverts, introverts, and ambiverts, which personality trait most suits you? Is your idea of the perfect evening, snuggling up at home with a warm drink? If so, you are most likely an introvert.

Or, do you love being around a lot of people doing something outside of the house? If that’s the case, you are definitely an extrovert.

However, maybe you’re an ambivert that appreciates a bit of balance in your life. The world offers many fun and unique activities. Instead of enjoying only half of what life has to offer, it’s better to be an ambivert and dabble in a little bit of everything.