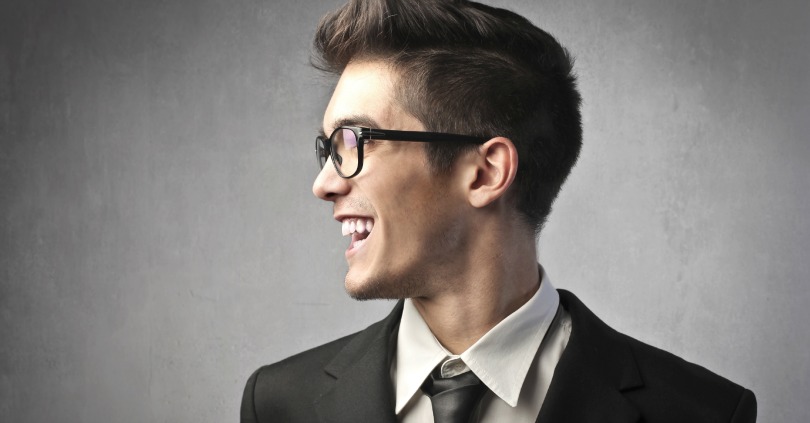 Sarcasm has been touted as the lowest form of wit, but what’s interesting is that sarcastic people are proven to actually really be much smarter than they are given credit for. While this particular brand of humor has been said to have no special art attached to it, we all definitely have to agree that it takes a certain amount of wit to be able to state one thing when you are actually implying another.

You might ask, what’s the link between sarcasm and being smart? Sarcasm is a way of obliquely expressing insecurity about oneself or antagonism toward another. Several language specialists propose that sarcasm is used as a form of mild insult, a means to moderate criticism but coupled with obliqueness and humor.

There are numerous studies today proving that sarcastic people are actually really smart.

Research has proven that the ability to use sarcasm is based on a cautiously coordinated string of complex cognitive abilities in precise areas of the brain. A psychologist at the University of Haifa and the Rambam Medical Centre in Haifa, Dr Shamay-Tsoory, says that,

“Sarcasm is linked to our capability to comprehend the mental state of other individuals. It’s simply not only a linguistic form, but in addition connected to social cognition.”

Further studies also show that the parts of the brain employed in dishing out sarcasm or irony are also responsible for interpreting language, distinguishing emotions and aiding in the comprehension of social cues. In other words, these are sophisticated processes.

According to the study, understanding the state of mind and feelings of other people is connected to our ability to be sarcastic.

So what does this tell us? Sarcasm isn’t for dummies! If you are sarcastic, you might be smarter than you think.

Below are 10 Reasons Why Sarcastic People Are Actually Really Smart 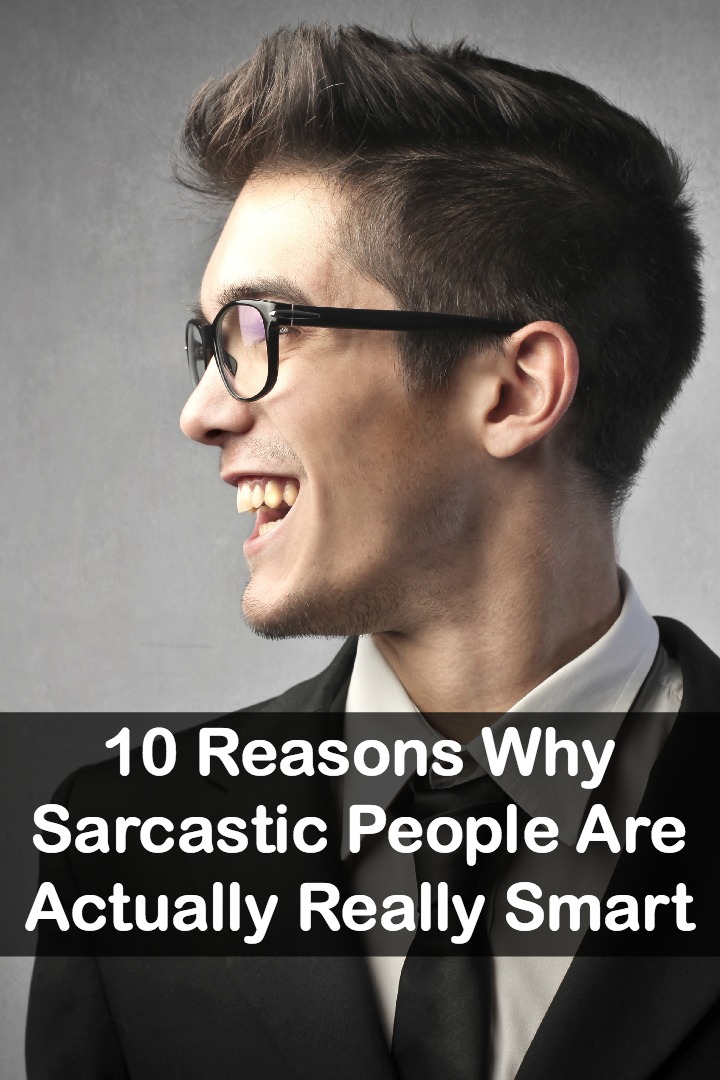 1. Sarcastic people can be insulting and yet funny at the same time.

Sarcastic people often make remarks that have double meanings – their words can be insulting and at the same time sound funny. Most times sarcastic people mask their insults or criticism to make them look or sound harmless. This is done in a way that makes the listener laugh but then a few moments later it dawns on them that it was a veiled insult.

2. They see through your smokescreen.

Sarcastic people have the uncanny ability to understand the state of mind and emotions of other people and as such this means they can see right through your smokescreen for who you really are.

Sarcastic people can clearly more or less read individuals knowing how to trigger any emotion they desire. They usually respond sarcastically when they know you are hiding something, want you rattled or because of their own feelings of insecurity.

3. Their brains are healthier

Researchers at the University of California, San Francisco, have found that the inability of certain individuals to detect or handle sarcasm can be attributed brain deterioration or damage. Thus, the opposite is true for people who can create sarcasm as well as pick up on it.

4. They excellent at problem-solving.

In the research, it has been shown that sarcastic people demonstrate that sarcasm helps them derive creative solutions to problems. Because of how their brains work, they are excellent at finding answers, workarounds and creative ways to deal with situations that are not easily discernible to the normal (non-sarcastic) individual.

5. They think on their feet.

What this means is that sarcastic individuals often task their brains a little bit more than the normal person would. They are fast thinkers and within an instant find quick-witted answers for every situation. While they can sometimes seem to be jerks, they are indeed very smart jerks.

6. They have great linguistic skills.

Sarcastic people are typically also good at holding lengthy and interesting conversations while keeping the attention of others. They have a way with words and are skilled at assimilating information and then communicating it in their unique way.

7. Sarcasm and creativity are correlated.

There is indeed a correlation between sarcasm and creativity. Studies performed at Columbia and Harvard have demonstrated that both giving as well as receiving sarcasm increases performance on creativity tests. Sarcastic comments stimulate our ability to think more creatively.

One study demonstrated that when sarcasm is used, anger and other negative emotions are reduced. Likewise, sarcastic people are less outwardly rattled by others. Truly sarcastic people are typically thick-skinned and are usually just as good at receiving sarcasm as they are at giving it.

9. They exercise their brains

Sarcastic statements require more brain power than non-sarcastic statements. Brain measurements show that the brain has to work harder to understand sarcasm. Sarcasm required a certain degree of “mental gymnastics” that require the brain to go beyond normal thinking.

10. Their intelligence rubs off on those around them.