Well, believe it or not, scientists have recently discovered that cursing can actually indicate that you are smarter and to that, we give a big f*** yeah!

While research has confirmed that those who swear regularly are actually smarter than those who don’t, experts feel that there is definitely a time and a place for curse words to be spoken.

So, let’s begin with a few words of caution.

Obviously, cursing at school, work, or church is not recommended, but dropping the occasional “F” bomb in a moment of privacy or amongst certain company is. Experts agree that using swear words can actually help us get rid of stress and anxiety as well. Cursing can indeed have a positive psychological effect on the human brain.

With that being said, note that it is important to be careful when swearing. Once spoken, words cannot be taken back and our words can hurt others. Yelling or cursing at someone else is not right and when adding swear words to the mix, could be detrimental.

It should also be noted that some people are easily offended, and swearing around them could cause them to lose respect for you. While we all know that most people use curse words behind closed doors, just make sure that you are in an appropriate setting when you remove the filter from your mouth.

How Does Cursing Make Someone is Smarter? 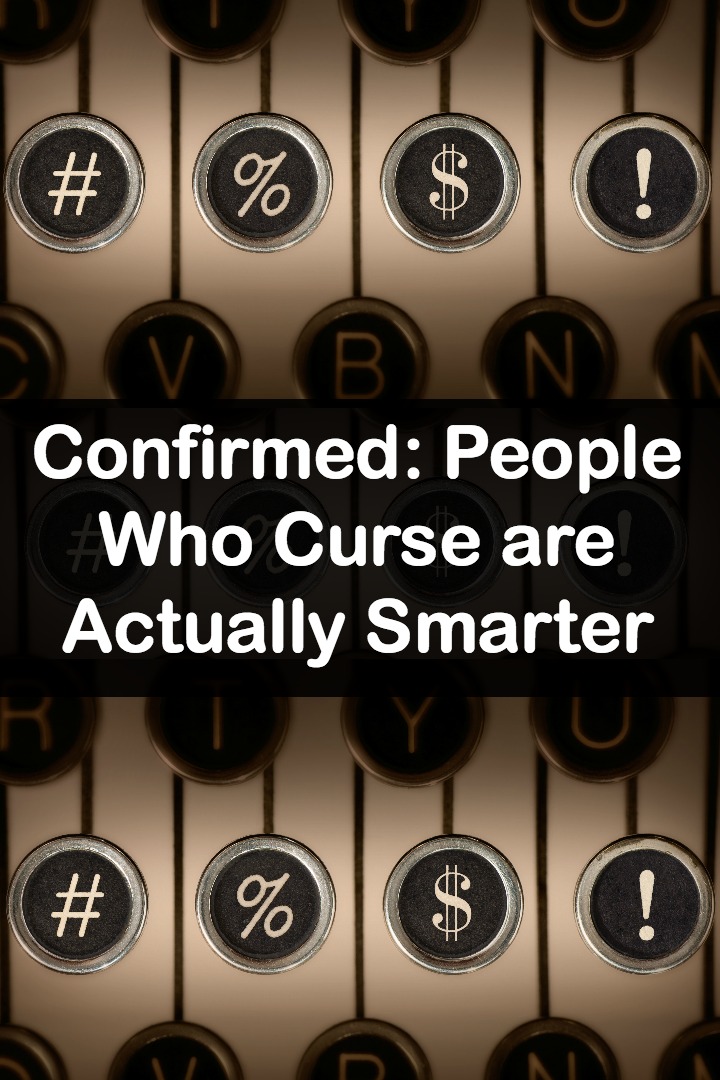 So, how can swear words possibly make you smarter? Well, scientific research indicates that most people who swear have a richer vocabulary than those who don’t. That may sound like a bold statement, but it’s actually backed up by statistics and research.

Timothy Jay and Kristin Jay, who are both psychologists at the Massachusetts College of Liberal Arts, held several experiments in order to discover the correlation between cursing and intelligence.

In one test, the psychologists gathered 30 women together and then asked them to swear as much as possible. After one minute of swearing like sailors, the women were then asked to name as many animals as possible. Timothy and Kristin Jay used the animal test as a way to determine the overall intelligence level of each woman.

After these exercises, each woman was given an overall vocabulary test. Amazingly, the scores of the women who cursed before the test were much higher than those that didn’t unload a 60-second onslaught of vicious swear words. Similar tests were administered with different control groups and in various ways, and the results showed that swearing does in fact raise intelligence.

Aside from making you smarter, swearing actually does so much more for you. For one, Elite Daily revealed that swearing makes you more attractive to the opposite sex. While that may sound hard to believe, a survey conducted by Your Tango showed that when not over-the-top, most men and women are turned on when a member of he opposite sex curses. However, once again, the emphasis is that the setting should be appropriate. Apparently, cursing represents a high level of confidence, and it’s well known that both men and women are attracted to confident individuals.

Now that you have learned about the positive effects of swearing, are you ready to increase your daily number of curse words? Swearing like a truck driver may be difficult for some of you – and if that is the case, you shouldn’t start swearing just for the sake of it. But, do remember, these tests have revealed that incorporating some swear words in the appropriate settings might increase your vocabulary. In fact, Dr. Richard Stephens of Leeds University is urging us to curse more. The expert from Leeds University believes that swearing is a rich and unique language that helps us express our true emotions.

Who would have thought that swearing could be such a positive thing? Apparently, all those times that you were threatened to have your mouth rinsed out with soap was for nothing. Instead of disciplining us for cursing, our parents should have been encouraging us to say more four letter words.