Do You Know Your Life Path Number? If Not, Here’s What It Says About You…

There is a system related to your date of birth that can tell you a lot about your personality. It is the study of numbers related to the day you were born. It holds that all single digit numbers (numbers 1 through 9) each have a unique, significant range of traits associated with the particular number.

Because each number signifies a specific pattern in one’s life, your birth number (or Life Path Number) can guide you in deciding how you can decide or handle certain patterned events in your life so you can achieve your dreams.

You can calculate your birth number or “life path number” by reducing your birth date’s numbers into single digit numbers, and then adding them all together. After determining the total sum of those numbers, you then reduce or add the numbers again to achieve a single digit number which would be your life path number. The only exception to this rule is when you get the final number of 11, 22, or 33 which you no longer reduce further. These numbers are called Master Numbers.

How to calculate your Life Path Number

If you were born on May 22, 1980, you would calculate your life path number as follows:

March is the 5th month of the year. 5 is already a single digit number. You don’t have to reduce it any further. (If you were born in December, for example, you would add 1 plus 2 – representing the number 12.

Again, if you end up with a Master Number either 11, 22 or 33, you shouldn’t reduce it any further into a single digit number.

What Your Life Path Number Reveals About You 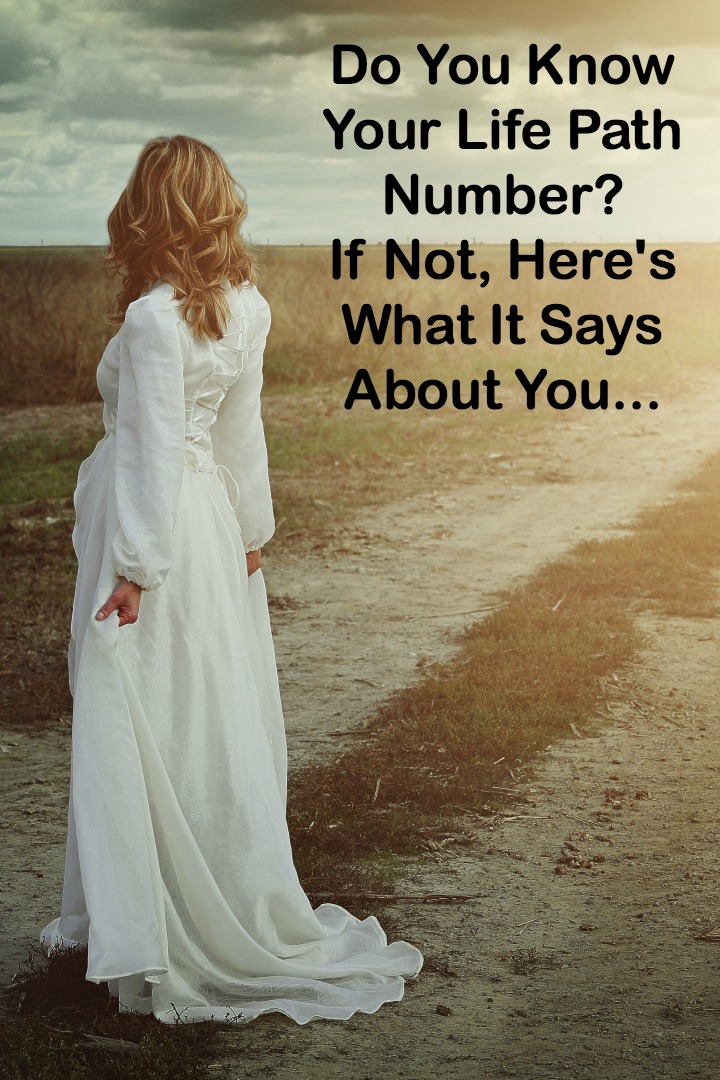 The number 1 is a very strong, important number. One is the most primal of all numbers and is also the number of Creation. It is the base and root of everything, a number which have the power to bring energy and life to all the other numbers (the single digit ones from 2 to 9). One is a productive number and an endless source of prosperity and growth. Ones do not know when or how to stop producing results and they are very much always the giver.

People with the Life Path Number 1 are rather independent and unique individuals who are often considered as leaders you cannot oppress or hold down easily.

Birth number 2 people are nurturers and caretakers. They are usually passive and quiet but can stand strong in the face of an adversity. They will survive almost always without fail. They prefer to avoid confrontations whenever possible and they are naturally soothing, gentle, and kind. To say the least, 2 is the most effeminate one of the numbers.

The only caveat of the number 2s is that they seem to represent servitude or are submissive to most types of commands. Nonetheless, number 2s, by nature, have the ability to bend in half then bounce back stronger, completely undeterred. Although number 2 is the exact opposite of the strong and stubborn number 1, she is usually the one who holds up the number 1 when he stumbles. The number 2 is also the most socialite of all numbers.

The love-child of numbers 1 and 2, the number 3 represents the natural combination of the traits of the numbers 1 and 2. Number 3s require lots of love and nurturing or caring because of feeling they are somewhat entitled for having both parents as such dominant numbers. They are both strong and weak but will be your best friend to the end. However, if they have any cause to leave, a 3 will stop being loyal to you aside from the fact that they also often lack in focus. They also have some inability to finish tasks.

One the other side, 3s are extremely creative and talented in all respects with Art, music, and rhetorics as their strongest subjects. Individuals with a life path number of 3 are extroverts and always feel the need to share their emotions no matter what the situation.

People who are born number 4 tend to be very good with Math as well as other similarly tedious subjects. Number 4 people thus, can be strangely boring, with a lesser sense of humor compared to most of the other numbers. They are more of a loner and may seem slack, withdrawn or uncaring. They would rather think about the technical things instead of the fun in things.

They can be strict with the way they process stuff such as managing money and friendships, but they are also reliable, willing to learn, passionate, loyal, and quite the fighter.

The number 5 is in every way passionate with everything. Fives are packed with energy, which often tends to be misdirected hence they tend to be misunderstood. With their inner desire to feel and experience the strongest facets of each and every emotion, most especially joy or bliss, number 5s tend to overwhelm people. They likely find anything that are physical or addictive irresistible, hence should be really careful.

When it comes to their personality, life, love, loyalty, and work are amongst the things that fuel them the most.

In the realm of numbers, 6 can almost be considered as one of the parental units. Six isa very strong number, almost to a point that it becomes its own weakness. The greatest personality traits of the 6s are their compassionate and sheltering nature, but nonetheless can often lead to paranoia or emotional instability if incorrectly channeled.

A 6 tends to get jealous easily if you stop showing affection or appreciation, but will readily fight for you. A 6, in fact, will stand up for you or anyone or anything it considers less strong than itself or more vulnerable.

The number 7 is often considered as the highest most powerful number. Known as “the lucky number 7,” its best asset is its ability to give spiritual strength, guidance or advice. It is capable of listening, analyzing, and giving very sound advice.

Sevens are quite solemn and introspective, thus people often see them as morose or sad at times. On the other side, when pressured or stressed, a 7 may become quite vengeful and bite you back. Careful treading the path of a 7 and never cross him. A 7 is stoic and knowledgeable and one you can rely on as a source of positive energy in most situations.

The number 8 as a life path number is often regarded as a business or money-driven number, hence may seem detached and unable to laugh at silly jokes because they are too goal-oriented. Eights are often disinterested, aloof, and/or unable to appreciate social gatherings. They can be a bit cold or would not want to get too close or sweet with other people. Nonetheless, an 8 individual is straight to the point and very quick to decide once they like someone or something.

They also tend know when a bad intention is lurking underneath a given situation.

The number 9 is the last one-digit number among the numerals and is certainly a manic number. When some things don’t go the way they expected it to be, 9s are likely to become detached and even depressed or self-critical.

A 9 will readily give you anything you ask from him but will later regret it. Nonetheless, 9s are typically very helpful, generous, loving, and caring.

The birth numbers 11, 22, and 33 are known in Numerology as the Master Numbers. These 3 are clairvoyant life path numbers and are regarded as the strongest numbers of all with their very strong exclusively defining traits.

People carrying the above traits of a Master Number (11, 22, or 33) usually come off as highly extreme personalities that a lot of people may misinterpret as full of themselves or irritating. Master numbers are confident in their abilities and are a force to be reckoned. They never ought to be taken lightly.

11 is oftentimes a shy and quiet number but is also the strongest, most aggressive and highly driven of the life path numbers. Elevens have an unstoppable masculine warrior energy combined with a feminine cunning intuitive psychic ability.

22 is a very practical number that definitely knows and gets what it exactly wants. Twenty twos, on the other hand tend to miss great opportunitiest a times because of their inclination for self-absorption. They are absolutely one of the strongest numbers of all life path numbers for their ability to turn mere thoughts into reality with their quickness and cunning.

33 is a number most often interested in charity and situations of good will. They engage in these things though to make themselves look great so others tend to see them as quite arrogant or stuck up. They are unstoppable in focusing on several outside causes and are often regarded as activists.