More and more, people around the world are waking up to the fact that it’s not always about quantity when it comes to those that surround you, but quality. Who we choose to become friends with is very important.

No one wants to have fake people around them. Fake people can be toxic to you and can really bring you down. Sometimes, however, it’s not that easy to spot who is the real deal and who isn’t. With that in mind, here are 14 ways that you can spot a genuine person – someone who is the real deal – and really enjoy their company. 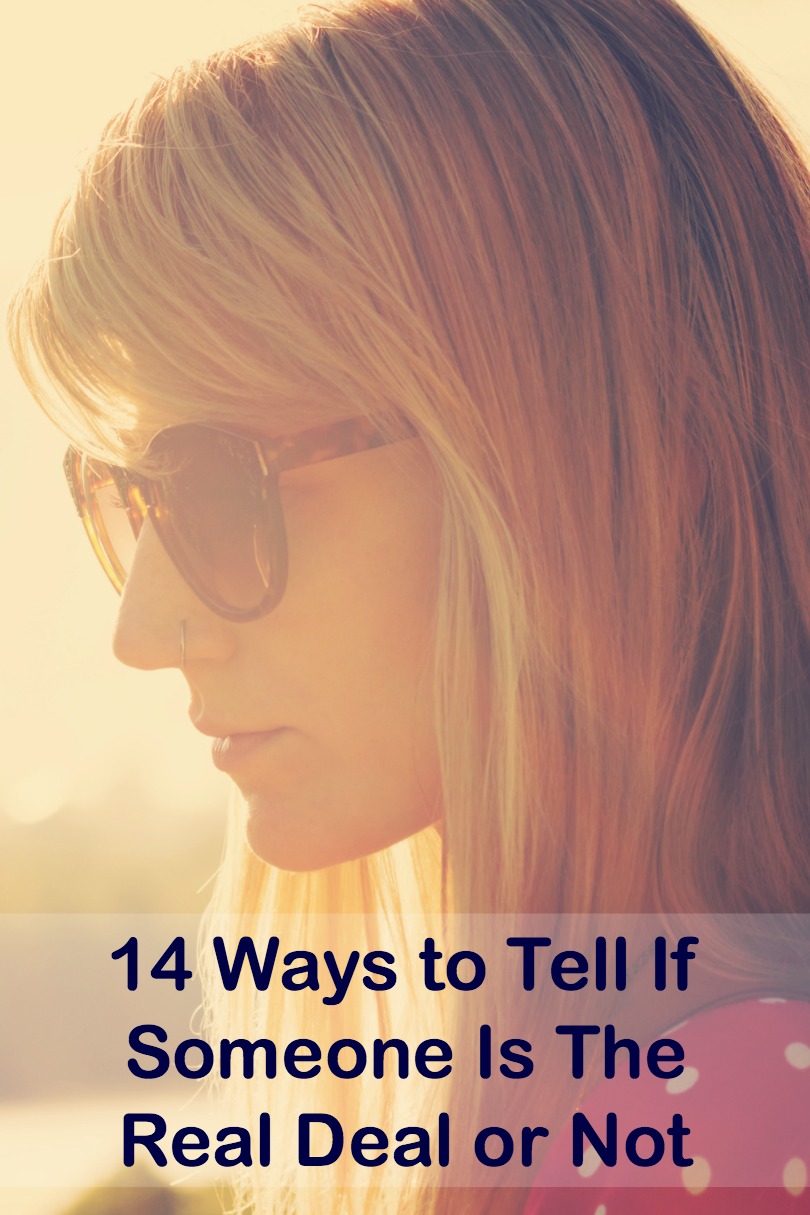 Genuine people are not afraid to tell the truth. They don’t have a need to sugarcoat things but they’re not outwardly rude for no reason either.

They take the other persons feelings into account but they don’t fret over telling lies just to save someone from being upset. While a fake person may be offended by the truth, someone who is the real deal values honesty – in themselves and in others as well.

2. They don’t go around judging everyone and everything.

Someone who is the real deal allows others to be who they are. They don’t have an agenda to try to change others. They value that every person is an individual and don’t force their ideals or beliefs on others. They expect the same in return recognizing that everyone is on their own unique journey in life.

3. What is cool doesn’t matter to them.

Someone who is the real deal moves about life based on their own inner voice and not the voices of others telling them what is cool. What is cool doesn’t matter to a genuine person. So whether something is considered trendy or popular has no bearing on whether they like it – unless of course, they genuinely like it. Genuine people stand true to their beliefs and values and are guided by what is meaningful to them and what they honestly like.

A genuine person’s words and actions are consistent. They do what they say they will do.

5. They have health self-esteem.

You will notice that genuine people are generally reserved when it comes to their accomplishments. While they aren’t a boastful people, they are not overly modest either which gives a refreshing account of one’s worth. Genuine people don’t feel the need to make themselves the center of attention, are honest about their accomplishments and who they are. In a nutshell, they are authentic.

7. The don’t feel the need to buy lots of stuff.

Genuine people don’t define themselves by what they own. They are not motivated by a desire to possess lots of stuff in order to create happiness. Rather, someone who is the real deal pursues relationships, low-stress living and creativity.

8. They have thick skin

Genuine people really don’t take themselves too seriously and any insults thrown their way can easily be deflected by their thick skin. Criticism rolls off their back unless it can be used for self-improvement.

Honesty about one’s shortcoming is a sign that they are the real deal. They don’t hang onto their mistakes if they’re wrong. They’re okay with it. They recognize that everyone makes mistakes – including themselves – and they don’t pretend they’re perfect. Genuine people allow themselves to be vulnerable by admitting when they’re wrong. They look to the truth rather than being right all the time. See The Gifts of Imperfection by Brene Brown.

10. They are not easily threatened.

Because someone who is the real deal is secure in who they are and what they believe, if another person tries to bring them down or attack them, they do not take the bait. They don’t get easily fired up over a lack of agreement.

The world can be rough place but someone who is the real deal is okay with vulnerability. They don’t go out of their way to appear weak, but they do allow their imperfections to be exposed from time-to-time – they allow themselves to be vulnerable. A genuine person knows that this is how to experience life at its deepest levels. They understand that being vulnerable allows them to directly confront their fears and likewise, grow and improve.

See The Gifts of Imperfection by Brene Brown.

A person who is the real deal will actually listen to another person when they’re speaking to them. They remain present and really listen.

13. They don’t need to be the center of attention.

Because they genuinely like themselves, genuine people don’t put great emphasis on whether or not other people like them. Their goal in almost all situations is to simply be themselves. If someone doesn’t like them, they understand that it simply wasn’t meant to be.