Creative people and average people are similar in a number of ways. However, neuroscientists have recently discovered that creative people’s brains are hardwired in a unique way. This astonishing discovery may help to explain the crazy behavior that certain creative celebrities seem to demonstrate from time-to-time.

Music artists such as Michael Jackson, Lady Gaga, and Justin Bieber are extremely talented, but they all have done their fair share of strange things over the years. But, scientists believe that the odd behavior is a result of a creative brain. It seems that there are a few advantages and disadvantages when it comes to being creative.

An average human being’s brain is hardwired in a textbook fashion, and that’s why most normal people tend to have predictable character traits. With that being said, an average person may find it hard to understand a creative person’s mental process. In fact, there are a number of different things that an average individual will most likely never understand about a creative person. 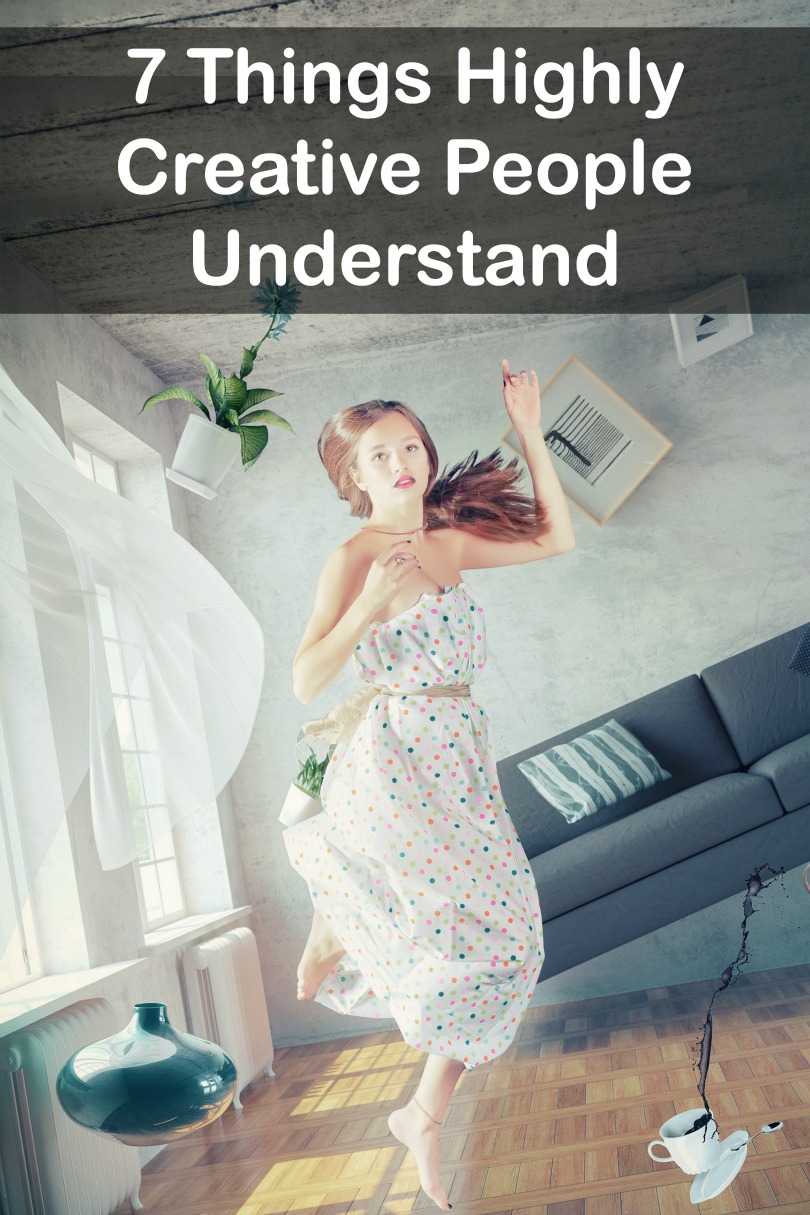 A creative person’s mind never slows down. In fact, creative people have been known to complain about this phenomenon. An average person’s mind eventually stops thinking of ideas, unknown scenarios, and possible outcomes. Someone who is born with a normal mind is more likely to rest easy at night.

A creative person, however, will often tell you that they constantly hear noises in their head. While this usually indicates insanity, it’s not necessarily the case when it comes to creative people. Creativity creates noise.

Likewise, creativity appears at random times of the day and often when nighttime falls. Thus creative people often have a hard time getting to bed. Many of the most famous writers, musicians, and actors are up working during the late hours of the night. Their brains simply refuse to shut off.

2. A Creative Person Is Always Looking For Another Solution

A creative person is always asking questions. A normal individual will just accept whatever is told to them. Of course, this may not be true in all cases, but scientific data has shown that creative people will usually try to discover a new solution on their own.

3. A Creative Individual Usually Doesn’t Care About What Other People Say

More often than not, human beings tend to have different opinions and beliefs. However, if you tell a creative person that his or her idea is foolish, he or she will continue on ahead with their plans anyway.

Creating something new requires people to break the mold of what’s accepted. A person with an average mind cannot fathom the ideas that a creative person thinks of. As mentioned before, the brain’s hardwiring is completely different in the mind’s of creative and average people. A person with a normal brain cannot see what the creative person is thinking, but that’s exactly the reason why creative people are special.

4. Creative People Can Have A Hard Time Focusing

While a creative person has much to offer the world, it can be hard for them to focus on one task at a time. This is because so much new information is being processed in their minds at once. Many creative people suffer from ADD, and it’s not hard to see why.

It can be difficult for a creative person to focus on one thing when there are new ideas constantly flooding their brains. A creative person may also find it hard to finish long projects. Instead, they would much rather be focusing their attention on developing something interesting and new.

Individuals who have average brains are more likely to work consistently than someone with a creative mind. Believe it or not, creativity comes whenever it wants to. There are moments in the creative process when nothing happens at all, and then there are other times when ideas flow out easily. Creative individuals who are successful have learned to accept this process for what it is. A brilliant invention or idea can’t be thought of at the drop of a hat.

During the down time of the creative process, a creative individual must relax and renew their mind. The quiet time is the perfect moment to sit back and enjoy the mental peace. The constant noise in a creative person’s head can drive them to insanity. The few times of stillness must be relished. This peaceful state won’t last forever, but the moment must be savored. It won’t be long until new ideas are flooding a creative individual’s mind.

7. A Creative Person Has Deep Emotions

In order to create something new, an individual must search deep within themselves. Writing a novel requires being deeply in touch with one’s emotions. A creative person is not afraid to examine their own loves, fears, and doubts. Most creative individuals tend to be extremely emotional as well. Musicians and actors show what’s possible when someone truly has a grasp of their own emotions.

People who were born with an average brain shouldn’t be jealous of creative individuals. Creativity isn’t always guaranteed to lead to success. While there are many advantages to being a creative person, there are also many disadvantages as well. We should probably thank those that are creative for dealing with their burden. Without creative human beings, we wouldn’t have all of the modern conveniences we have all grown to love. Smartphones, tablets, cars, and even the internet were all thought up in someone’s mind. If you happen to have an average brain, you should be thankful that you didn’t have to stay up all night thinking about some crazy invention.